Summary of maintenance and special projects completed in 2013. 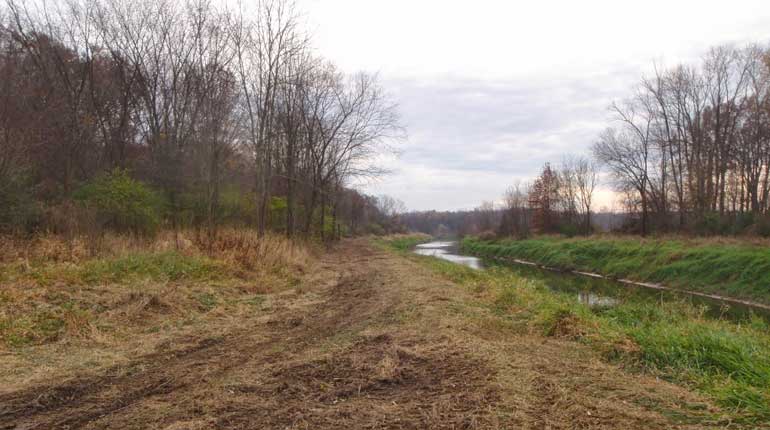 Two clearing projects were undertaken to re-establish the access lanes along the Chippewa Creek for future inspections and maintenance work. 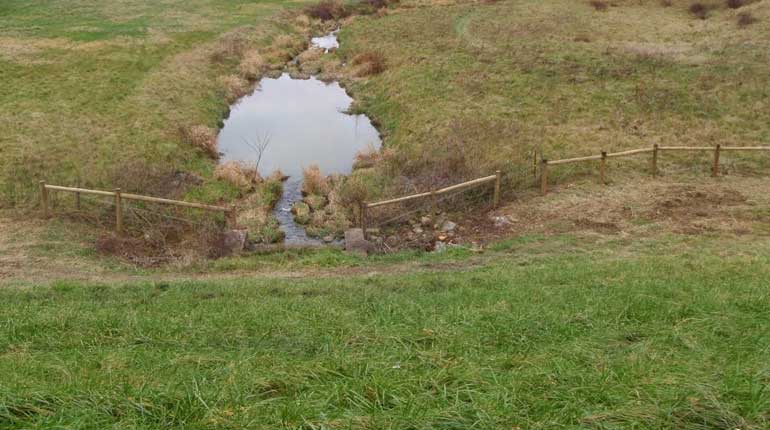 The fencing that surrounds Dam V-C was in poor condition and was replaced in the fall of 2013. 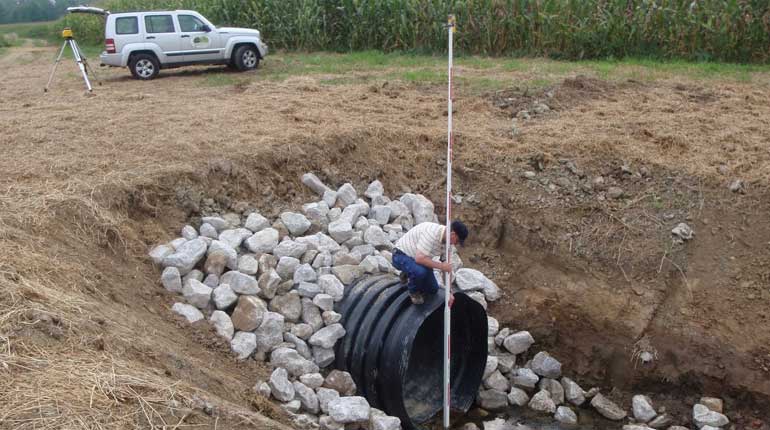 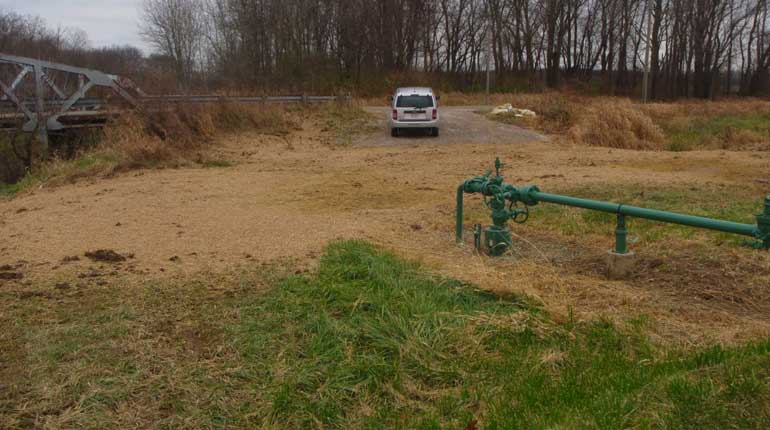 Two structures, 53-R and 55-L were replaced to improve the drainage in that area which involved replacing the existing 87 foot long, 18-inch diameter CMP culvert. 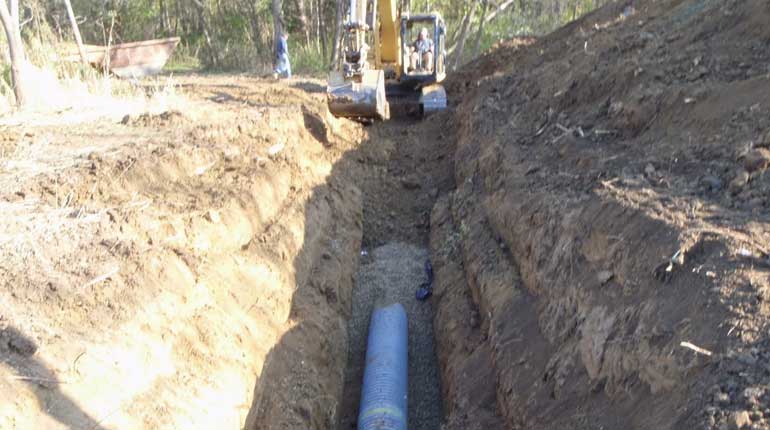 Two large structures, 68-L and 69-L, located on the left bank of Chippewa Creek just downstream from the SR 585 bridge were replaced. 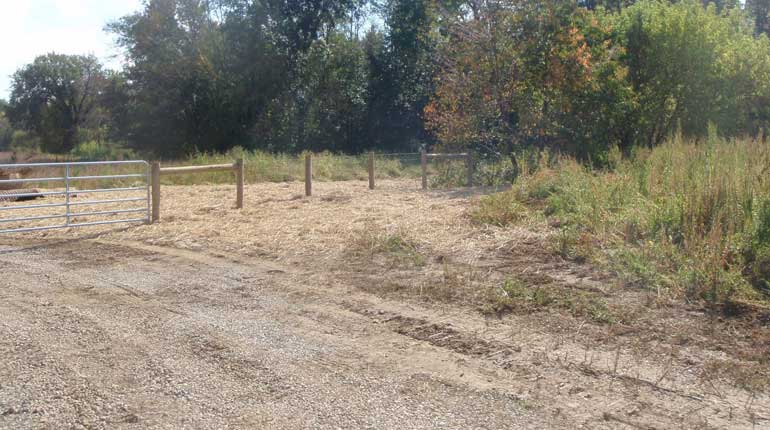 Structure 88R is an 80 foot long 48-inch CMP culvert which was rusted and collapsing - requiring complete replacement of the pipe and riprap. 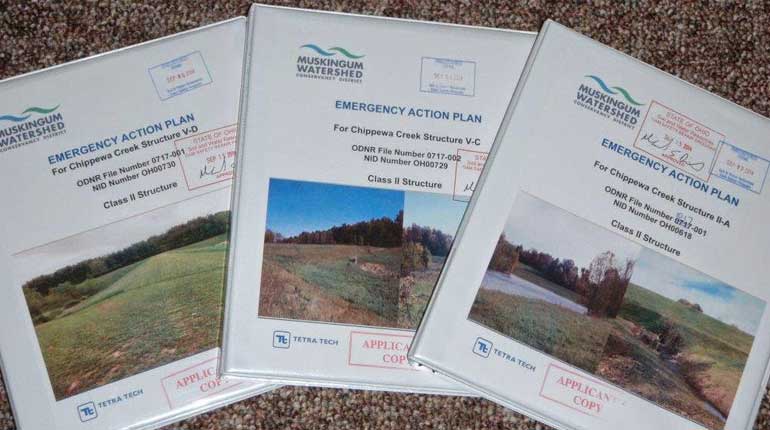 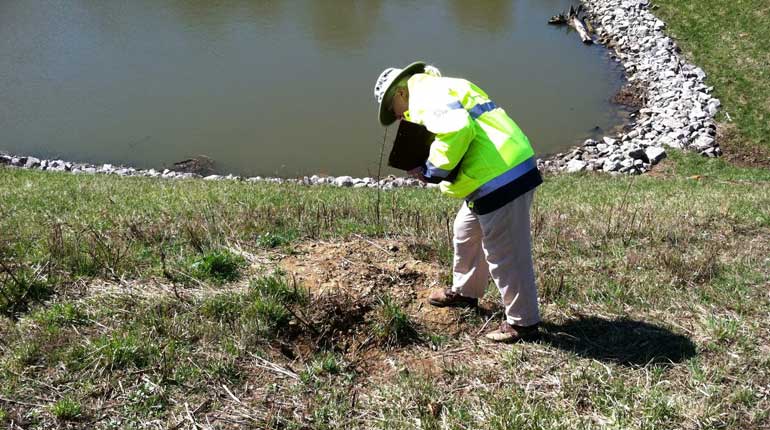 Several Chippewa dams have experienced groundhogs burrowing into the dam embankments and weakening the integrity of the structures. 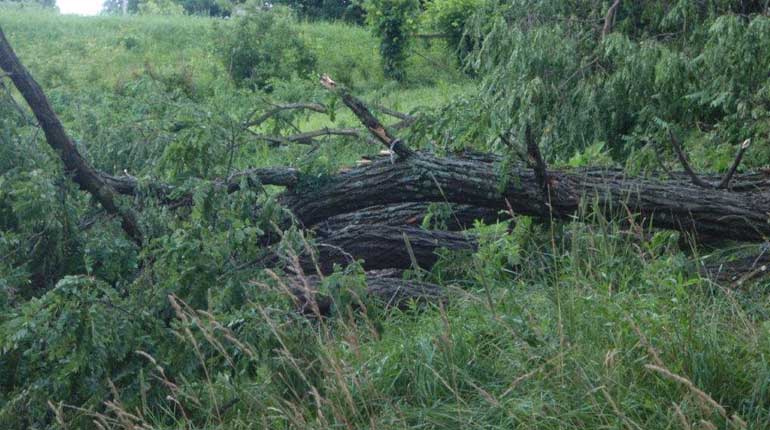 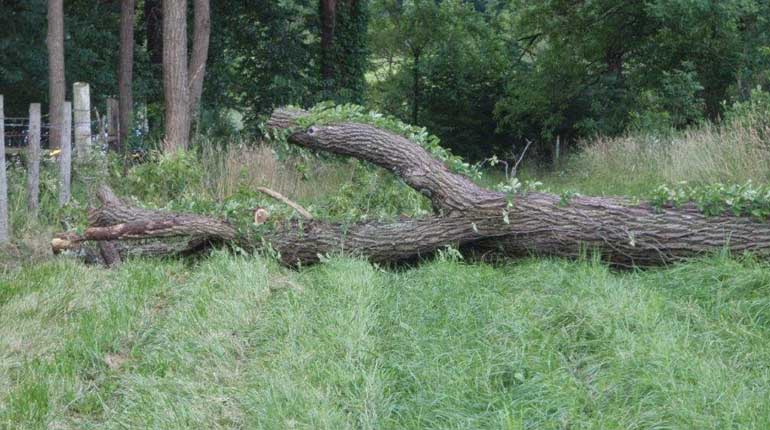 In July 2013. a major storm event caused damage at several of the Chippewa Flood Control dams.

Maintenance Activities must be done consistently to keep the Flood Control System working properly. Dams and channels must be mowed annually to manage woody growth, and provide access to allow for equipment and inspections. Visit our Structure 13R project to see a recent example of maintenance.

An example of a special project was the July storm that due to the volume of debris, and necessary clean-up, far exceeded the scope of maintenance.