Summary of maintenance and special projects completed in 2006. 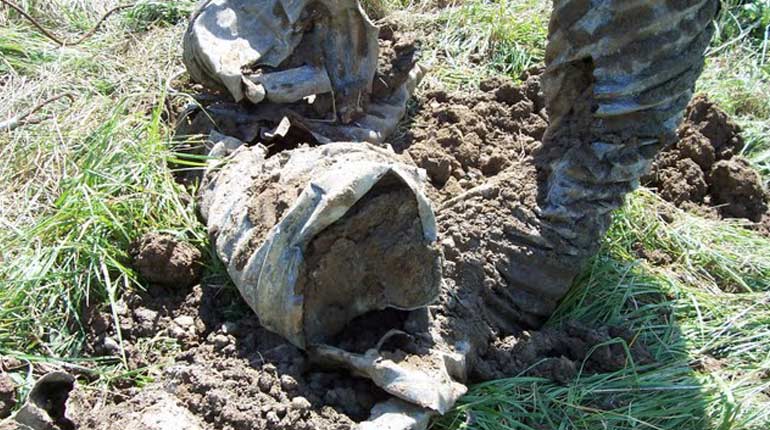 Structure 37L-1 included a 21-inch diameter drop inlet and a 12-inch vertical berm drain on 148 ft. of pipe. The drop inlet had rusted out causing the soils to be washed out around the pipe resulting in continued erosion and a safety hazard. In addition, the 148 ft. pipe was rusted out along the bottom. The photo shows sections of the old pipe choked full of dirt and debris. 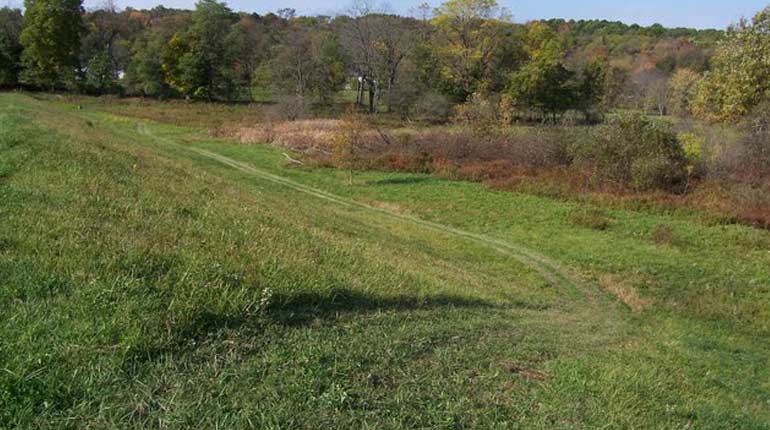 Damage to earthen embankments by off-road vehicles is a dam safety concern for Subdistrict staff. 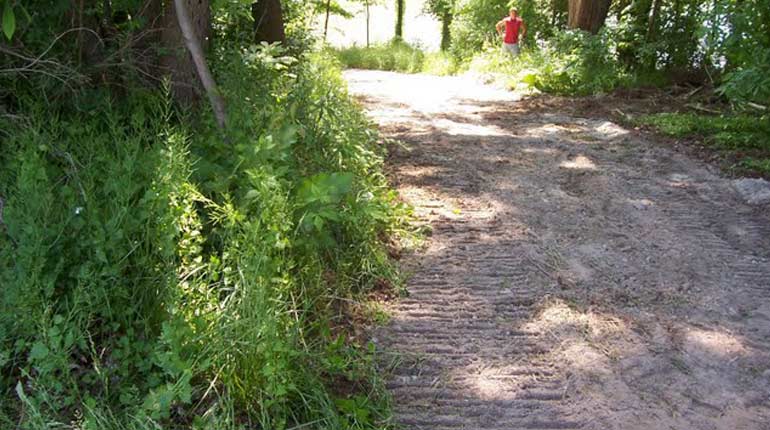 An access road at VIII-D had significant erosion damage. Additional stone was added along with a diversion swale along the right side of the road to repair the road and protect it from further erosion. 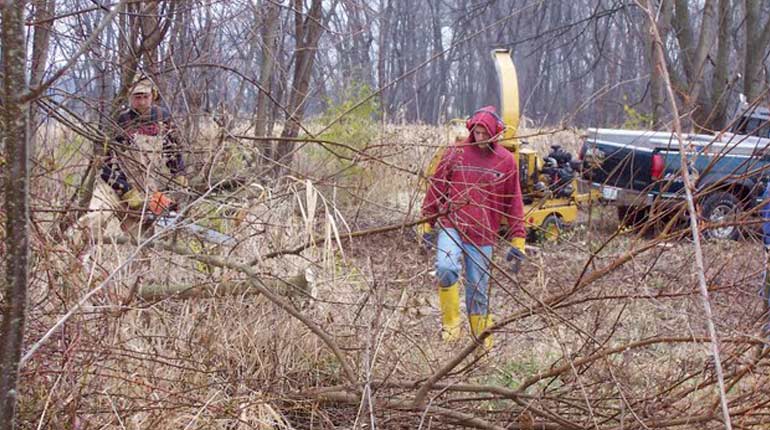 Many sections of channel banks were overgrown with brush and trees and needed to be cleared to create access for equipment used in repairing structures. Part of the left bank downstream from Coal Bank Rd. was cleared and is now mown yearly to maintain it. 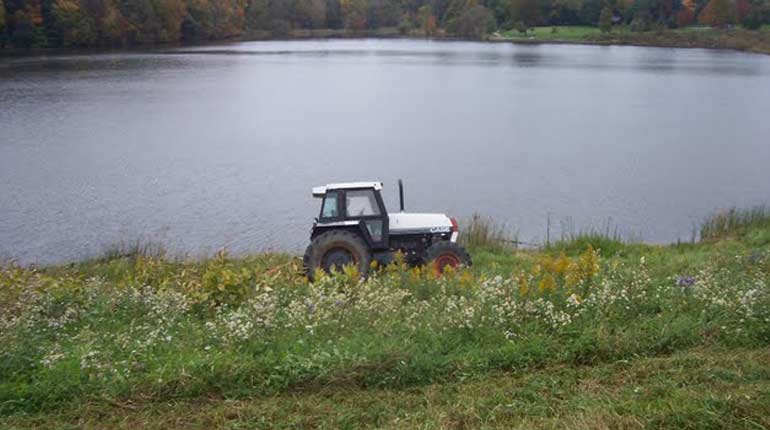 The Ohio Department of Natural Resources Dam Safety regulations require flood control dams to be mown at least once per year and preferably twice a year. Four of the dams currently are mown twice a year, the other four are mown by the land owners anywhere from one to three times a year.

During the past ten years, an effort by the Chippewa Subdistrict has been made to provide funding through an assessment permitted by the Conservancy District Laws of Ohio.

Maintenance Activities must be done consistently to keep the Flood Control System working properly. Dams and channels must be mowed annually to manage woody growth, and provide access to allow for equipment and inspections. Visit Structure 37L to see a recent example of maintenance.

Our GPS / GIS mapping is a Special Project allowing us to locate and evaluate nearly 700 hydraulic structures originally installed throughout the channels. When completed, Subdistrict staff will be able to prepare a proactive maintenance schedule to ensure that structures are repaired or replaced before failure occurs.